Our first stop was Witty’s Lagoon. It started off with a nice waterfall.

It was about a 20 minute walk down to the beach.

The beach was a popular spot, which isn’t surprising considering how hot it was (people were actually swimming). 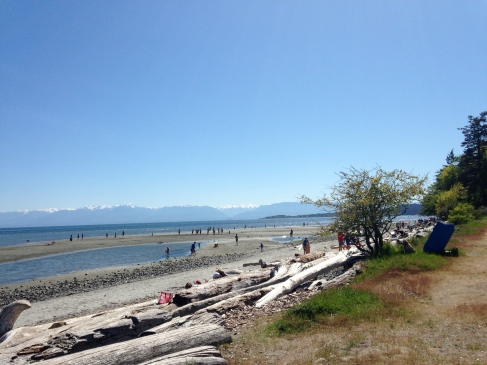 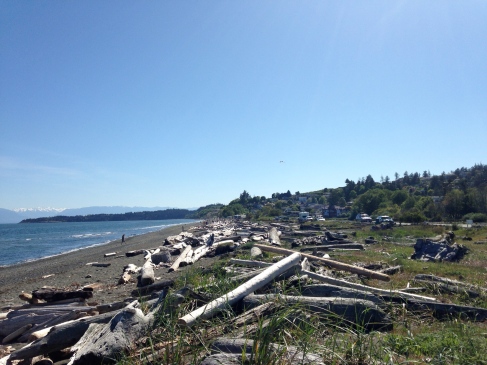 When we left the lagoon I could see a very pretty lighthouse on the coast and we decided to make one more stop. I didn’t really know where we were going, but it turned out that the lighthouse is part of Fort Rodd Hill. We decided to pay the $3.90 and go check it out. The whole time I was there I kept thinking about how Beorn, Bill and Larry would probably find it interesting. Kirby said the same thing about his dad. Here is Kirby showing me how the anti-aircraft gun works.

This large gun has a nice view.

Kirby said this is a just like the jeeps they drove in Mash. 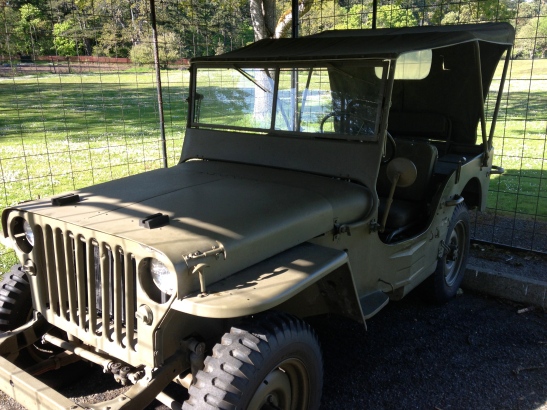 And there was also some underground infrastructure we could explore including an ammunition cage. 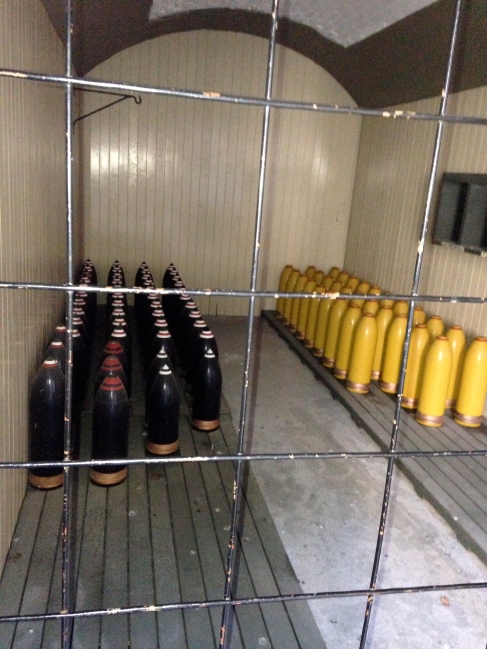 And this plotting room was buried deep underground and was a little unsettling (mostly because I find mannequins creepy).

And then we finally made it to our intended destination!

This is the Fisgard Lighthouse and it was built in 1860 and was the first permanent light on the west coast. It felt very East Coast to me for some reason. 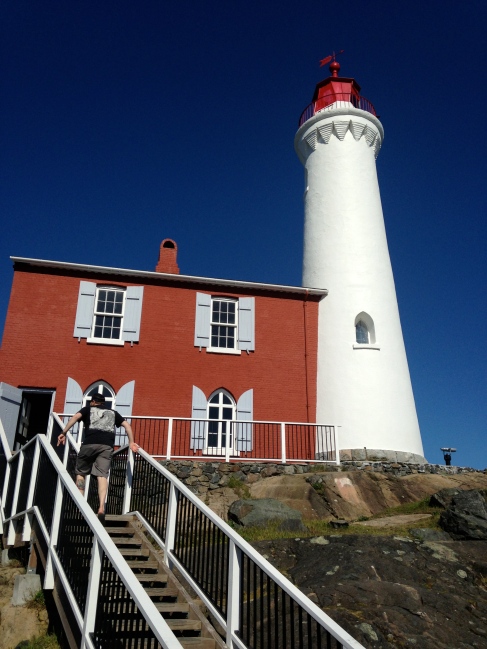 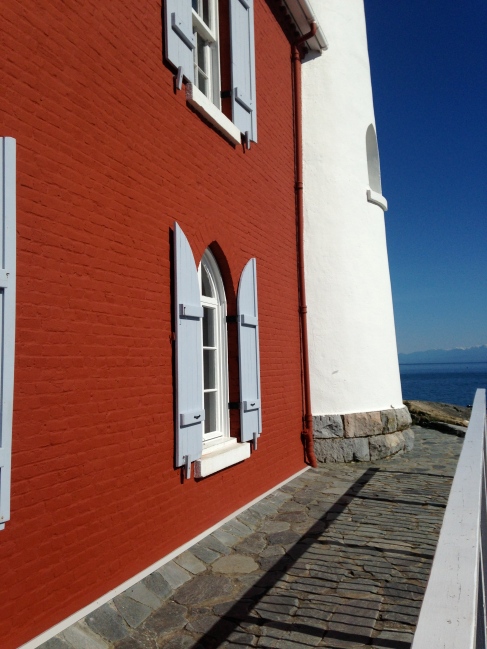 And that’s about it. As you can tell, it was a very busy and beautiful day. This Island just keeps giving and giving. We will certainly miss it here and I’m very glad we have so many reasons to come back and visit.