As mentioned in our previous post, we were up and on the road very early Monday morning and we were on our way to San Francisco. As we headed down the main highway we branched off to the coast just before we entered California. Kirby was driving and I was navigating and on the map there was a small road (well, a lightly shaded grey line really) that ran along the coast after Briceland and met up with Highway 1, the coastal road we wanted. So I get Kirby to head down this narrow, corkscrew mountain pass and then to turn on to the road I assume will connect with highway 1… Well, what happened next is hard to describe. Not long after we head down this road, it turned in to a single lane dirt road with a forested drop-off on one side and dense forrest on the other. 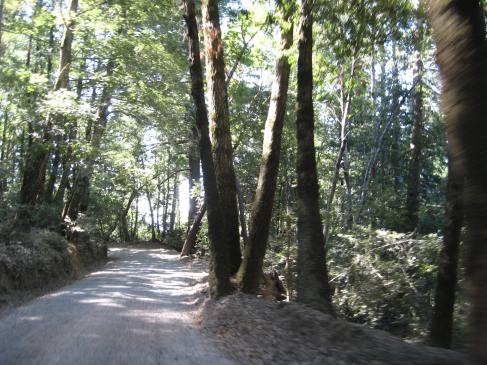 As we’re driving, we noticed a strong strong smell of marijuana wafting through the window. The strong smell of ripe plants sitting somewhere not too far off the road. This makes us nervous because there is no way for us to turn around at this point and we have no idea who we might meet (and what we would do if we met another car). After about 45 minutes we drove by the Whale Gulch school and could see a few houses in the steep forest, well hidden away. It’s at this point that we realized we’d found where the San Francisco hippies must have gone after the 60s and that we had just stumbled on a reclusive hippie community living off the grid. We didn’t see people, we didn’t see much really. Just the school and a lot of burned out VW bugs. Eventually, the road intersects with another road and we were pretty much forced to take it as the other road had a “no exit” sign. When that road met back up with civilization we found out we are back in Briceland and had just done a 2 hour circle. I couldn’t believe it. Kirby will never let me navigate again.

Once we recovered from our detour and laugh about how terrifying the drive was, we stopped for a picnic lunch on the California coast. It was a really beautiful drive with lots of fog and winding roads. 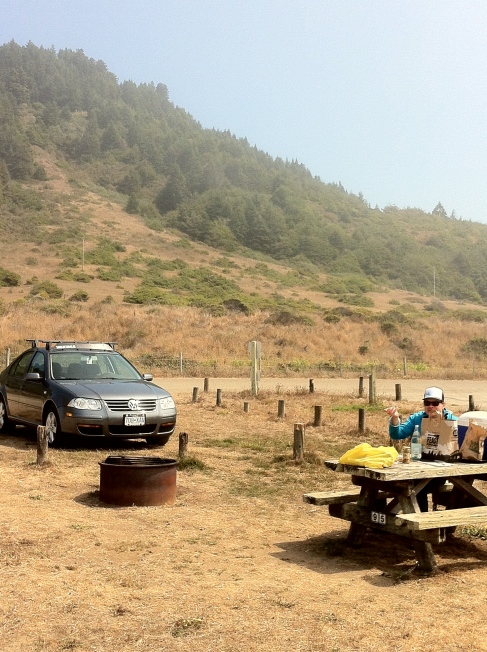 I tried driving for a bit, but at one point we hit a stretch of road that was really high with a sudden drop on the right and it felt a lot like I was about to be swallowed by the sky and drive off a cliff. As soon as I found a turn off I stopped and had to have Kirby drive again. I couldn’t shake the feeling all day. 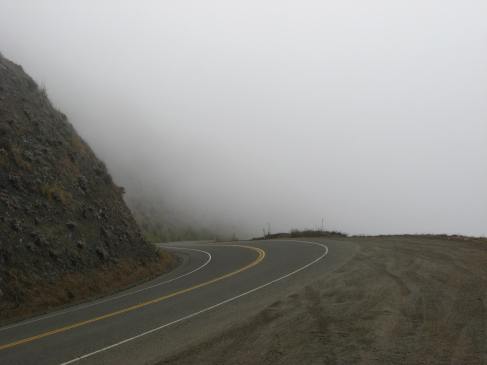