This weekend Kirby and I travelled back to Saratoga Springs, NY to see Edward Sharpe and the Magnetic Zeros open for Jack Johnson at the Saratoga Performing Arts Centre (SPAC). We left Saturday morning and drove about 4 hours through the Adirondacks to our hotel in Lake George. We had beautiful weather on both days. 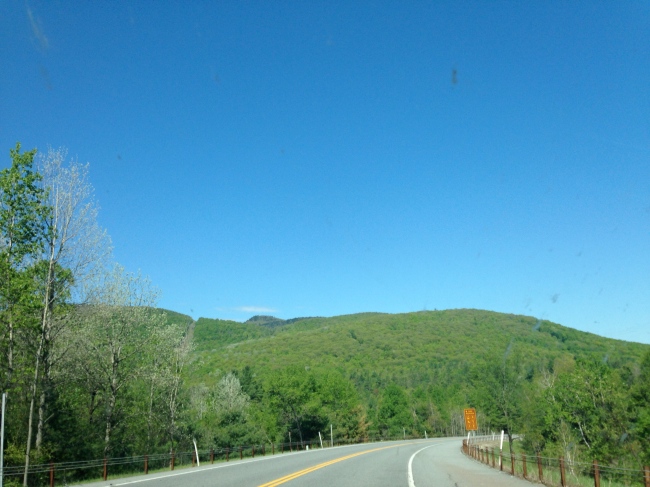 We grabbed a quick bite in Saratoga Springs and walked around downtown for a bit then drove to the Saratoga Performing Arts Centre for the show.

SPAC is situated in the middle of a large park south of the city and neither of us were prepared for the sheer size of this place. I think we were both expecting a venue that would hold about 1,000 people and it turns out that somewhere between 10,000 and 15,000 people had showed up. It had the feeling of a music festival with food vendors and beer tents (except this is America so they just give you alcohol and set you free). Kirby and I were so taken aback by the scene that we sat for about an hour on a bench and just watched the Jack Johnson fans mill about (Kirby said: “I have never seen so much tie dye,” to which I responded: “I have”).

It’s hard to convey in pictures how big this place was and how many people there were, but the design of the centre is very interesting. It’s kind of like a large dome that is open along the bottom so there are seats inside like a stadium as well as a large un-covered lawn where people could sit.

We had purchased tickets inside the dome because I have a “real” job and have decided we can afford certain luxuries, such as not getting rained on while attending concerts (and it did rain). We actually ducked out a little early (because we didn’t want to sit in a parking lot with 10,000 people who are all trying to funnel out of 1 exit at the same time) and we gave our tickets to a damp couple so they could enjoy the rest of the show in a dry seat. Because we’re Canadians and that’s just how we are.

On the way home I saw a sign for pottery! So I asked Kirby if we could pull off and see if we could find the place.

Kirby said he’s getting tired of me dragging him down these deserted roads in the middle of nowhere in search of pottery but I think he secretly likes the adventure and intrigue of who-knows-what-we’ll-find-down-this-road… And we did end up finding pottery! 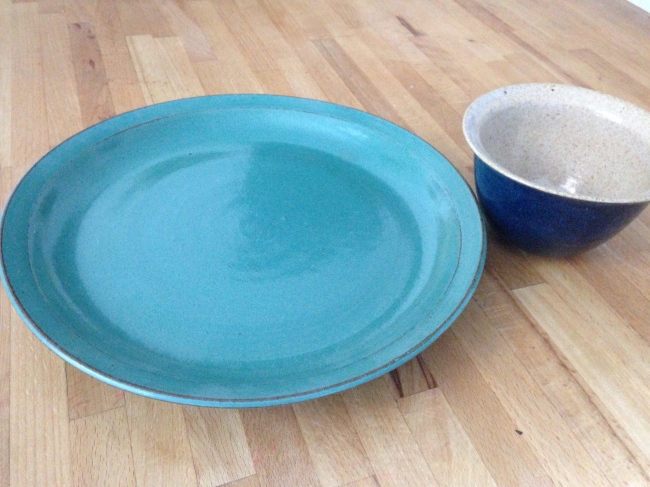 So that was a success.

Also, if you want to get a sense of what we saw when we were at SPAC, here is a video of Edward Sharpe followed by a video of Jack Johnson.

Lastly, when we got home and started unpacking Kirby was not pleased that I had chosen to cross the border with my effervescent Calcium-Magnesium supplement in a baggy in my purse. For some reason he thinks it could have landed us in “a bunch” of “unnecessary hassle.”