On Monday morning, it was finally time for our puffin tour! The tour sailed at 7am so we had to be up at 6am (except we crossed in to the Eastern time zone in New Brunswick so it was actually 5am for us). 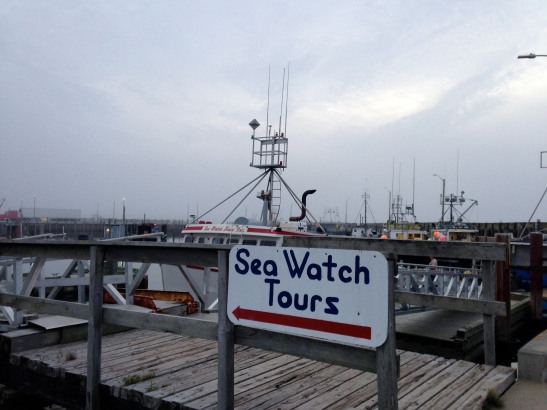 We had booked the very last tour of the season with Sea Watch Tours and there was some speculation as to how many puffins would be left on the island. Some lady working in a boutique in town told us that Peter Wilcox (our captain) was “a good god fearing man” so we figured our chances had to be good.

The skiff was an old fishing boat that was converted in to a tour boat and there were 20 of us on the tour. We sailed for an hour and a half through thick fog out to Machias Seal Island where we transferred, 4 at a time, to a smaller boat that took us ashore. 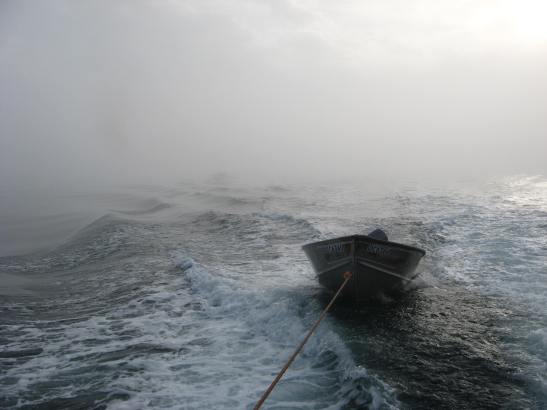 Once on shore it was obvious that we were going to see puffins, a lot of puffins. We were introduced to the lighthouse keeper who lives on Machias and then were separated in to groups of 5 and escorted to the blinds where we would have 1 hour to view and photograph the puffins (blinds below – notice the puffins on the roof).

I can’t even begin to explain how cute these birds are. They are about the size of a pigeon and make a curious “mooing” sound (see video below). I could have taken a hundred pictures but my memory card filled up quickly so here are some of the best pictures I got. 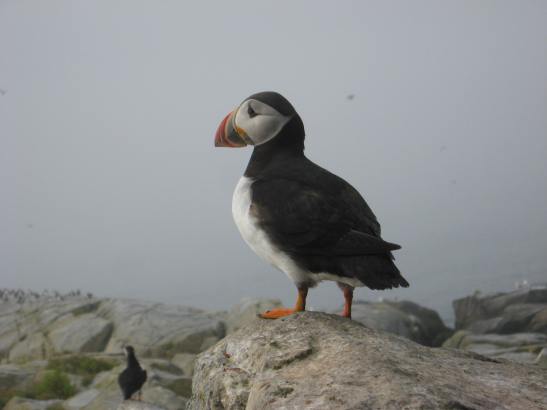 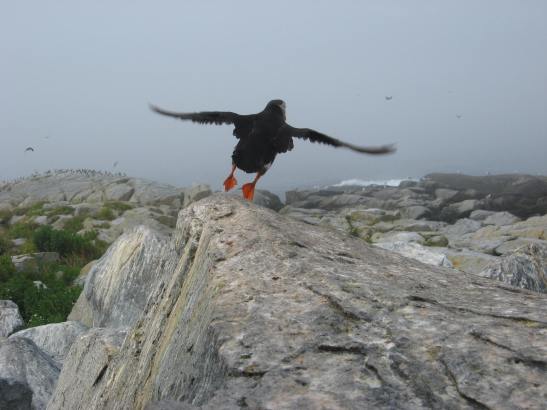 They came up so close to the blind that all of these pictures are taken with a crappy point-and-shoot camera with no zoom. In the video you can hear them “mooing” and you can also hear them land on the roof of the blind. It was the funniest sound because it always sounded like they’d crash-landed on the roof.

After about an hour on the island it was time to transfer back to the skiff and make a short detour to see some seals on our way back. Unfortunately, since we couldn’t get very close and the fact that it was still quite foggy, my seal pictures aren’t great. 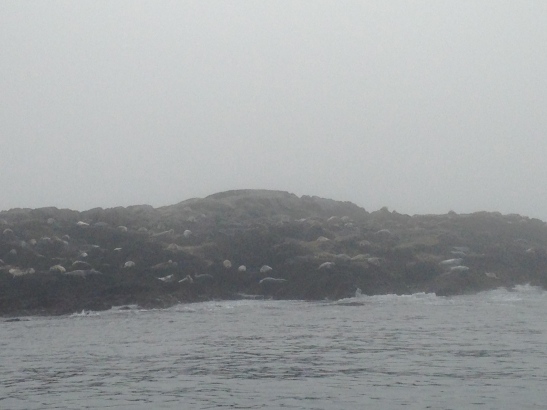 We had such a great time and recommend to anyone who happens to be on Grand Manan to go on a tour with these guys. The Captain and First Mate, Durlan Ingersoll, are good salt-of-the-earth kind of folk and we could have spent all day listening to their sarcasm.

Once we were back at shore we had a quick bite at camp and then drove out to a beach on the North Eastern end to see if we could find a trail that would lead us to this “hole in the wall” rock formation. In the end we didn’t have enough energy for the hike (there was a shorter way to get there but they wanted $8 to access their hiking trails, and I’m no sucker) so we just enjoyed the beach instead.

We decided while we were in this amazing fishing village that we could forego eating hot dogs on the fire for the third night in a row and go out for fish and chips instead. It was the biggest serving of fish and chips I’ve ever seen and it was delicious. 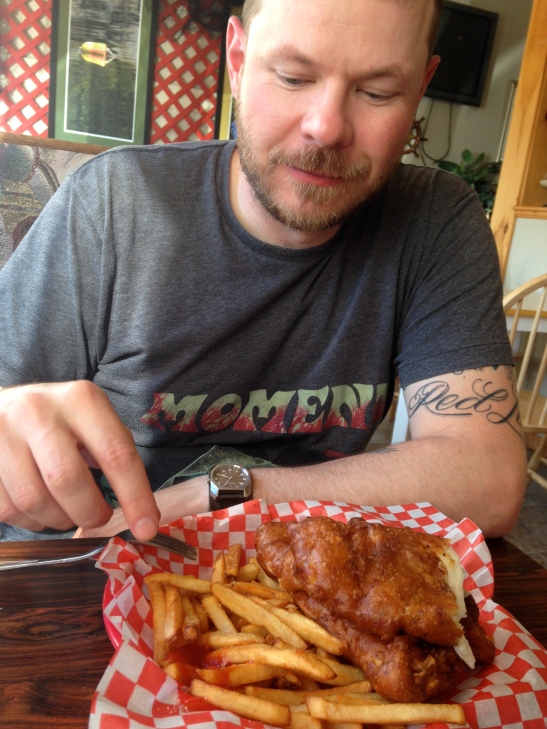 One of the first things we noticed when we got to the campground was that there were rabbits everywhere. Lots of them. And it turns out that abour 30 years ago, before the campground was a provincial park, the guy who owned it decided to get a few bunnies and let them go free in the campground. Well 30 years later, there are bunnies abound. So when we got back to the campsite we decided to go off and find this 1 bunny we had found that likes apples and Kirby spent about 20 minutes feeding this bunny his last apple (Kirby’s last apple – not the bunny’s. Nothing bad happened to the bunny).