I’ve been meaning to write this post for a while now, but I can’t seem to sit still long enough lately to write it. But today, on this cool spring day, I finally found the time.

Back in March, on Easter weekend, Kirby and I headed to Magog to help out with the maple syrup season. We weren’t there long enough to really help much, but it was nice to be there and see some family. The weather this year cooperated and we had our biggest yield yet (almost 30 gallons).

On the Saturday of Easter weekend we hitched a ride with Beorn and Sabrina and went to Montreal for Bill’s birthday. We had a lot of fun playing cards and hanging out.

And if you’ll believe it, the birthday boy didn’t even win the game.

Sylvie prepared a delicious meal and we had a really nice night.

A few weeks later, in mid-April, Kirby and I went to Montreal to see a band we were really excited about called Father John Misty. We decided to have a date-night away and booked a room in a fancy hotel in old-Montreal called Le Petit Hotel.

It was so fun staying in this beautiful area, walking though Chinatown and eating continental breakfast in our big comfy king bed.

So we met mom and Michael in Magog, grabbed some pizza and headed to Lennox for dinner. Parker showed me the hat he made at school. 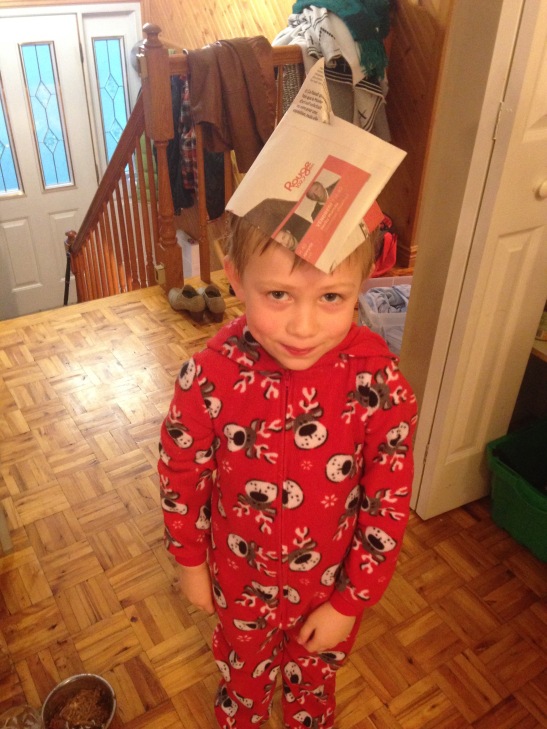 And then we sang happy birthday and ate some cake and let Beorn and Sabrina put the kids to bed so that they could prepare for the big birthday party they were having the next day.