My mom and I have been talking about doing a mother/daughter trip for a while and this winter we finally decided we needed to stop talking, and start planning. So we did. We spent several hours one day talking about destinations and we kept landing on the Amalfi Coast of Italy. Mom spoke to a travel agent friend of hers and she came back with a few options and we decided to go with an Air Transat package that included airfare, hotel accommodation and transit between towns. A few days later it was official, we were going to spend 9 days in Italy in four different locations: Sorrento, Capri, Ravello and Rome.

This is the story of Sorrento. 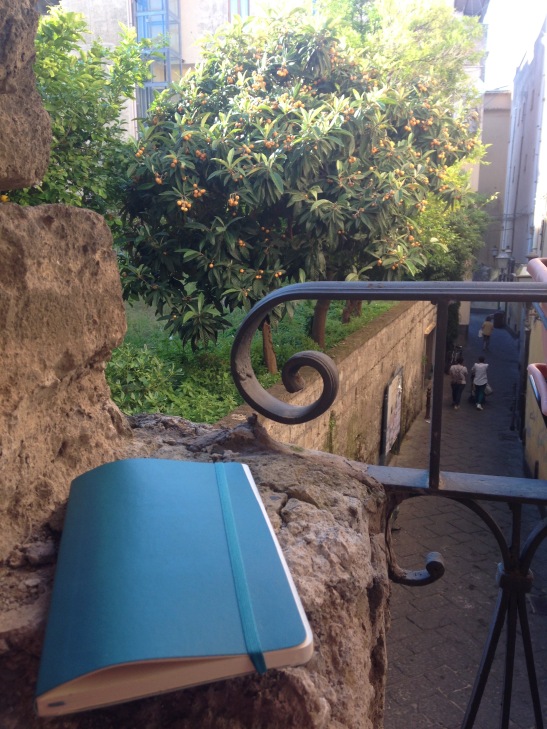 We flew from Montreal to Rome on May 20th. At least we were supposed to. Just as we were expecting to board our flight, the airline announced the flight would be delayed due to “mechanical issues” and that we wouldn’t fly out until 2am. After restlessly roaming the airport for 5 hours, we boarded and made the 8 hour flight to Rome. Once we arrived, it was relatively quick to grab our luggage, meet up with our Air Transat guide and hop on the bus to Sorrento. At around 10pm we arrived at our hotel. We had a beautiful room with a small balcony overlooking the street and a terrace with lemon and orange trees. 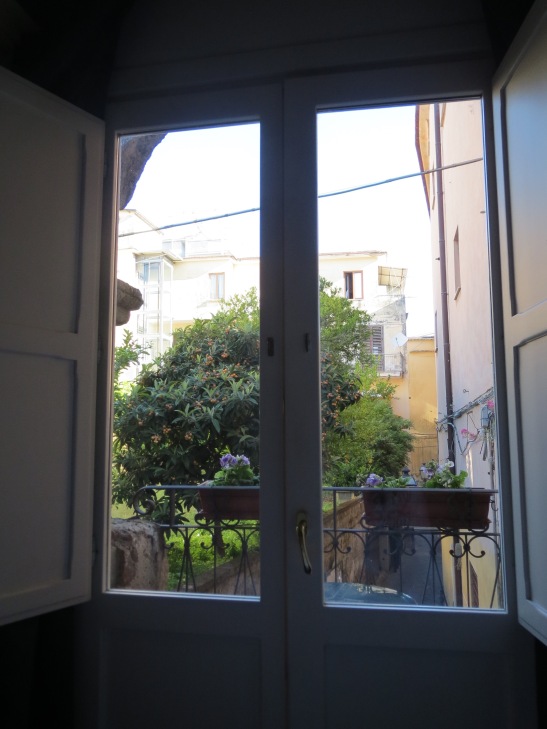 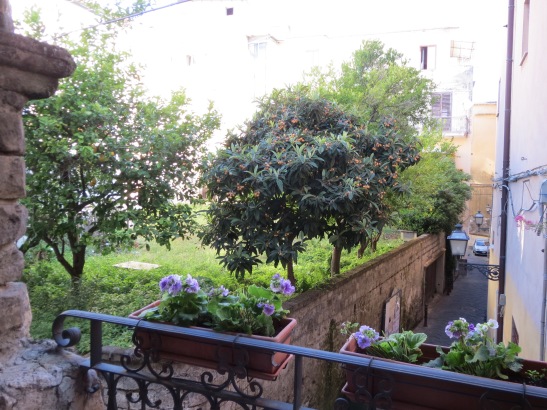 The next day we had a guided tour of Pompeii booked and it was scheduled to pick us up from our hotel. However, they changed our hotel on us at the last minute and it was too late when we arrived to reach anyone to change the pick-up location so in the morning, we made the short walk to the hotel we were originally supposed to stay in. Luckily, it was a short walk and a beautiful morning.

Pompeii was about an hour away (20 minutes according to our driver) and there wasn’t a cloud in the sky. 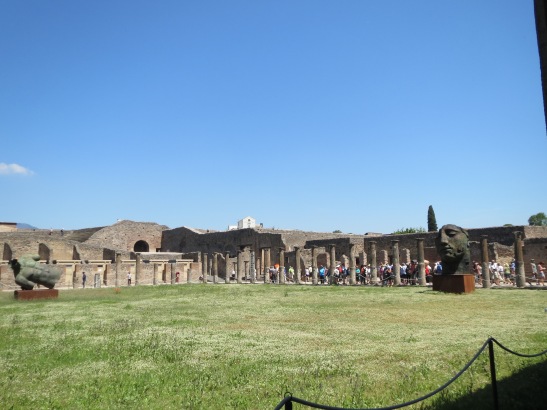 Pompeii was pretty incredible. Our tour lasted about 2.5 hours and we saw only a fraction of the site. 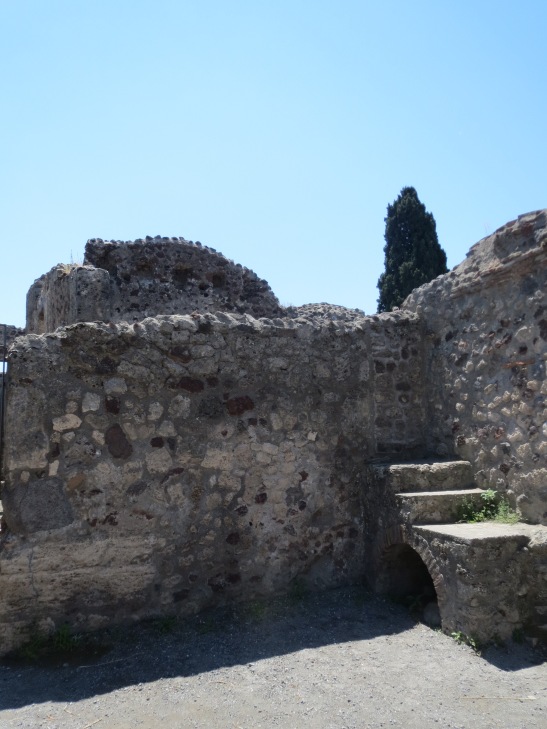 The landscape around was absolutely beautiful.

The mountain you see in the background below is Mt. Vesuvius.

On our drive back to Sorrento, we stopped at a road-side look out so we could take pictures of Sorrento and the Mediterranean. 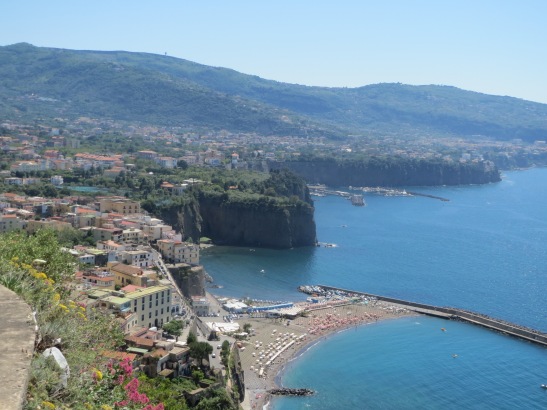 Once we were back in town, we set about exploring the alleys and shops of Sorrento. The clocktower at the end of the alley below was a very prominent landmark. Unfortunately, we could never figure out where it was in relation to our hotel. So we would walk circles in the streets and always, the clocktower would appear. Mocking us. 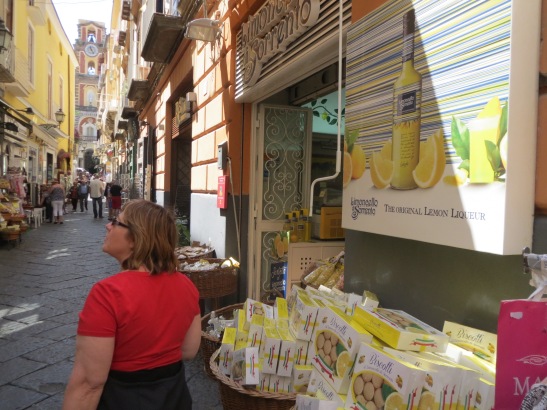 This is also when it was brought to our attention that we had landed in the lemon capital of Italy.

There were lemon trees everywhere. 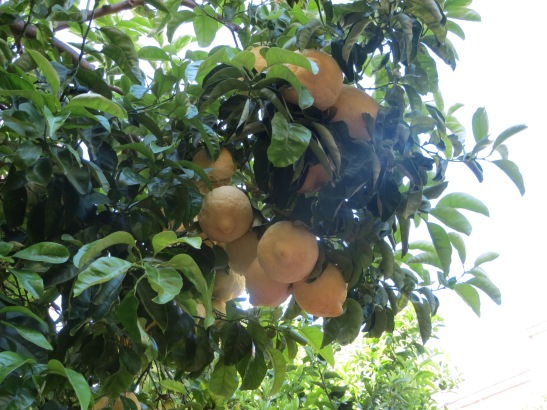 We may have even helped ourselves to these “free” lemons.

We also came across the largest lemons I’ve ever seen. To give you a sense of scale, here is my tiny mother with a gigantic lemon. Note the delight in her eyes! It’s not often you find a lemon the size of your head.

There were also oranges.

People weren’t nearly as excited about the oranges.

So we indulged freely in the samples of Limoncello and spent our 2 days in Sorrento mostly lost, not that we minded.

We did find the hidden Vallone dei Mullini (valley of the hidden mills) not far from the main Piazza Tasso. It was quite the sight. 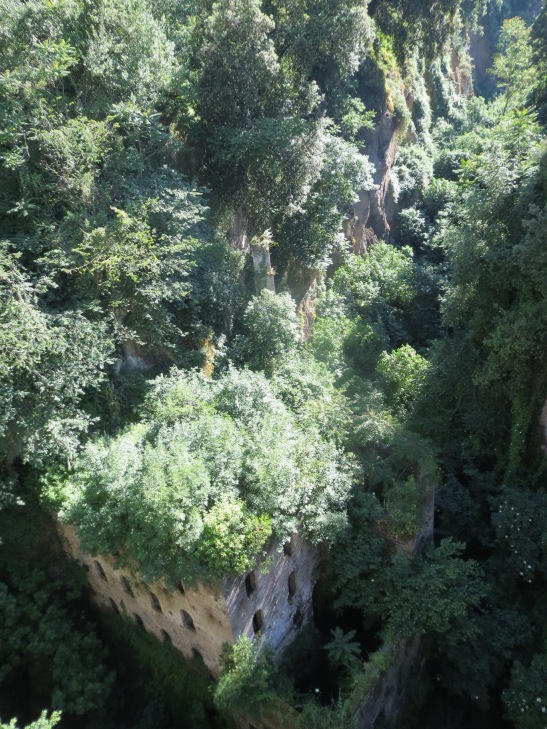 You can see how lush it is in, and around, Sorrento. 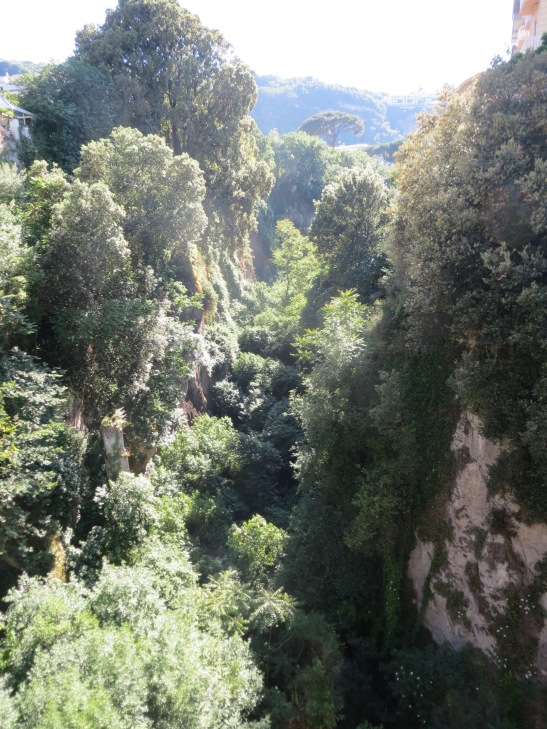 We later walked down one of the main roads to a look-out over the water.

I was completely mesmerized by the colour of the water. 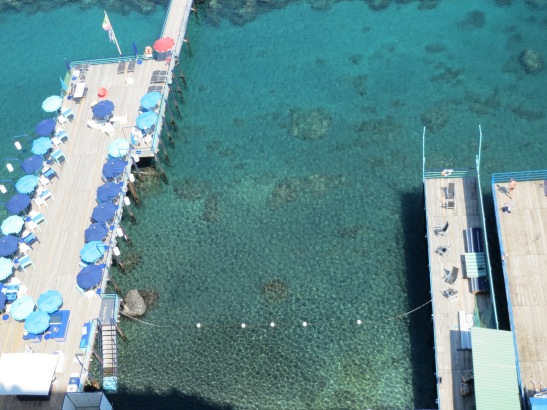 We didn’t bother walking down to the beach because the road was a little busy and narrow and I had no desire to test my rusty Italian emergency room vocabulary (and when I say rusty, I really mean non-existent). 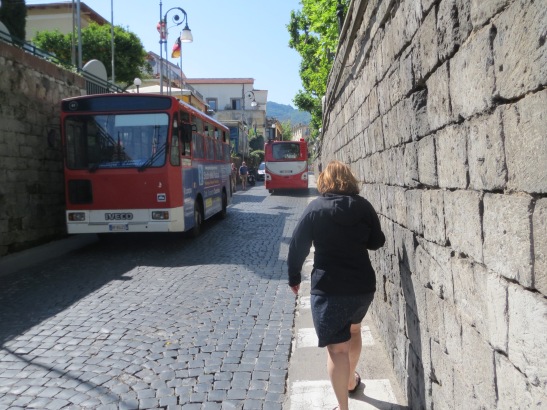 Sorrento was a lovely town. We ate some of the best food of our trip here. 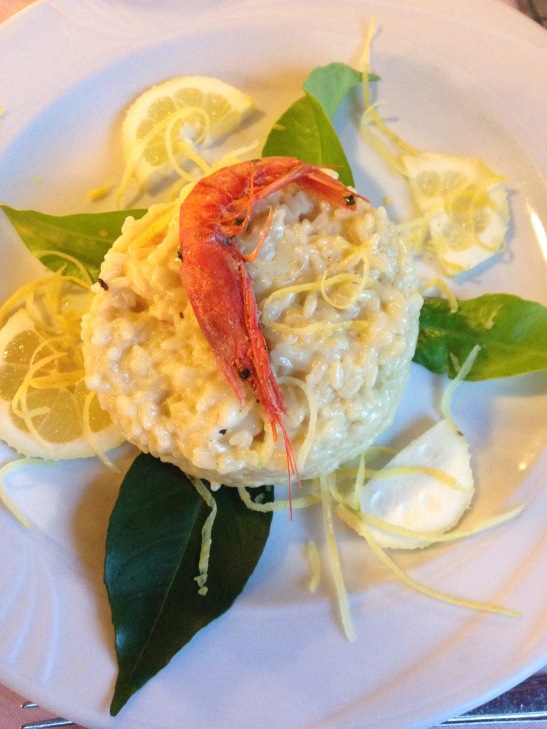 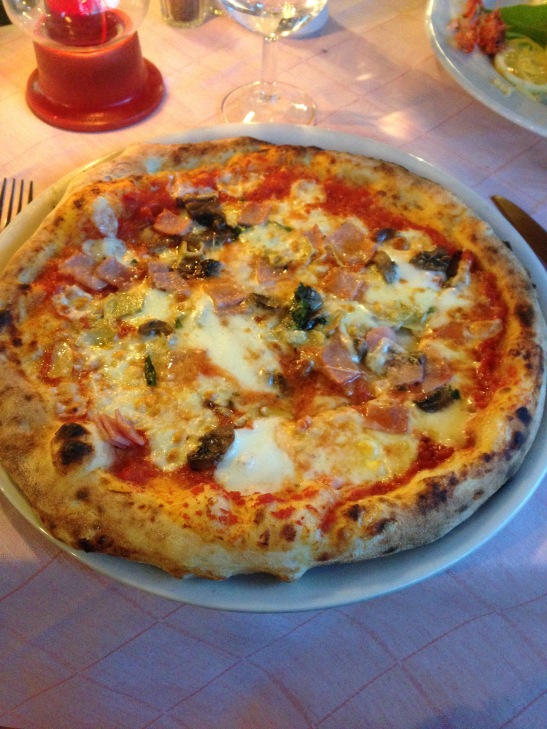 And the streets were fragrant and smelled of jasmine and lemon blossoms. I’m glad we got to start our vacation in this vibrant town. 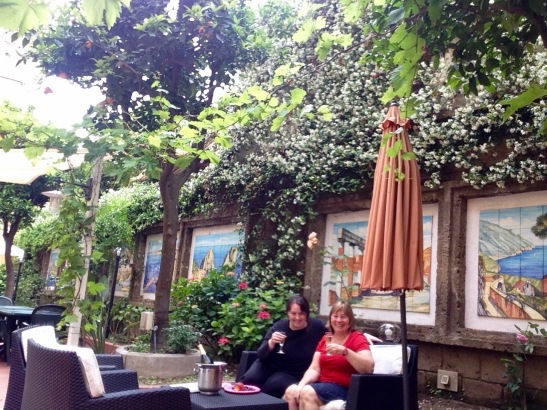