In early November Kirby and I went to Quebec City for the weekend to celebrate our 10 year anniversary. It was Kirby’s first time in Quebec City and I hadn’t visited since I was a kid so we were really looking forward to the trip. To make the trip extra special (and since it was low season) I booked us a room at the Fairmont Chateau Frontenac in the heart of old Quebec.

I was so excited, it was like staying in a castle! We arrived late afternoon on Saturday and checked in. The first thing we noticed was that despite the fact that it was early November, Christmas had already arrived at the Chateau.

This place was so big I almost lost Kirby a couple times.

After we got settled we went out to wander the streets and look for a place to eat dinner.

We found a little hole-in-the-wall a block or so from the hotel. The food was overpriced (to be expected) but actually quite good. The desserts were amazing and made up for the mediocre ambiance. 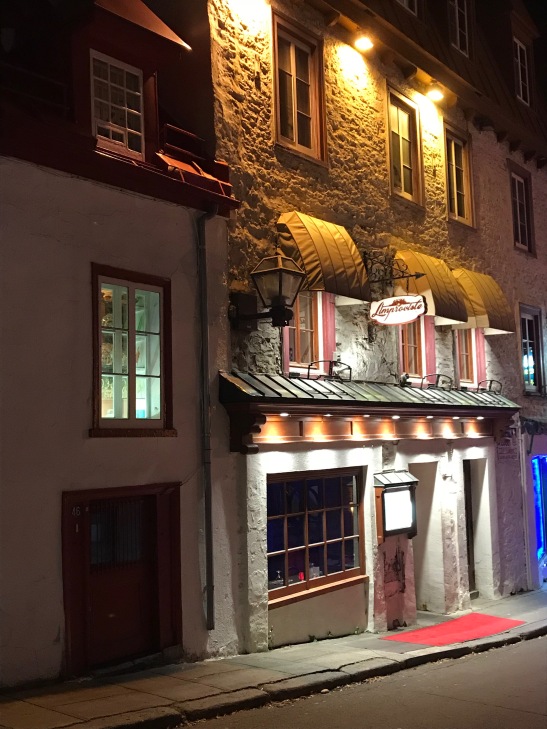 The next day we started off on our adventure bright and early. Our first stop was the Plains of Abraham.

It was a bit chilly and overcast but a good day for walking.

From the Plains we started walking toward the landmark I was most excited for: the oldest grocery store in Canada, J. A. Moisan. 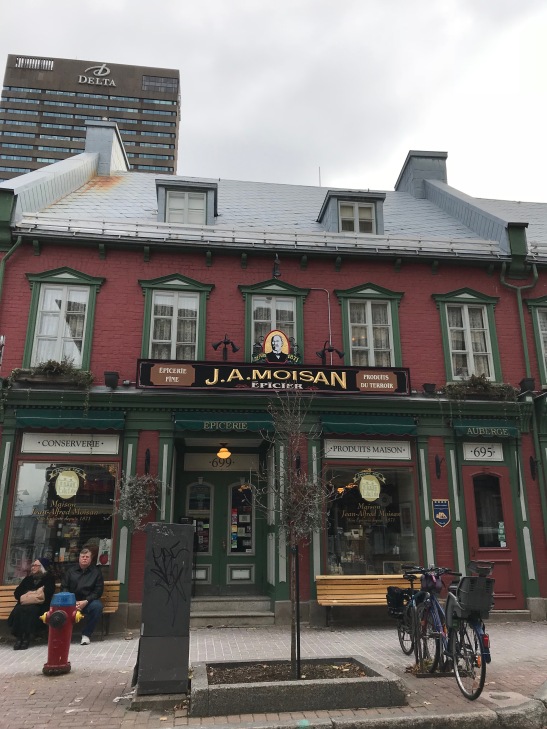 You may recall my love of grocery stores from my previous posts and boy oh boy, this place did not disappoint.

It was so cool, I could have spent hours in there checking stuff out. Even Kirby seemed to be enjoying himself. 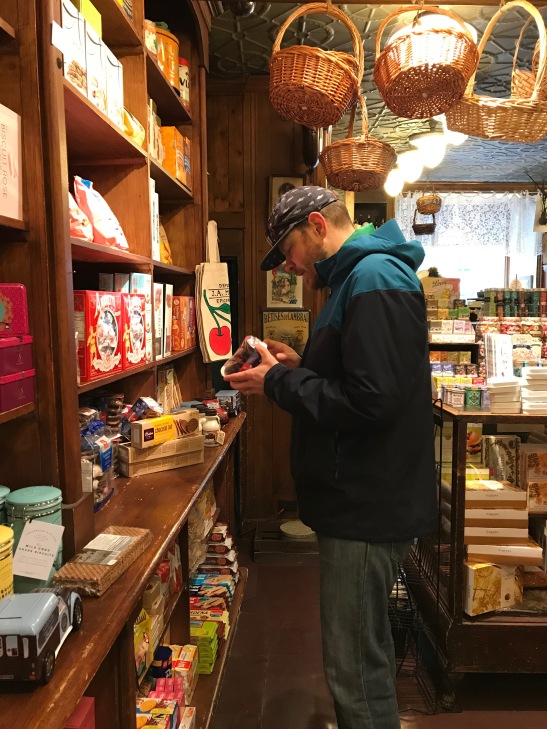 What a neat place, I highly recommend stopping in here if you are ever in Quebec City. After the grocery store we wandered back toward the hotel. Kirby seemed to enjoy taking in the architecture. 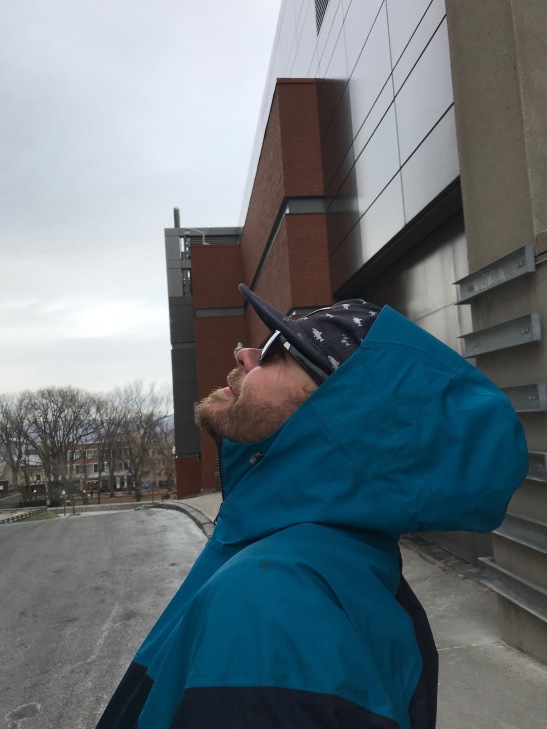 Once we got back to the hotel we thought it would be nice to take the funiculaire down into the Petit Champlain area. 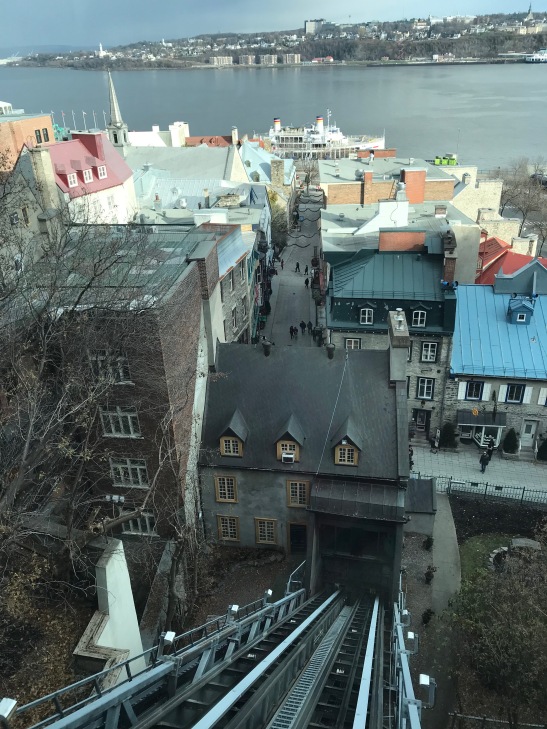 It was a short ride, but totally worth it. The neat thing about travelling to Quebec City at this time of year was how quiet it was. We would wander these old streets and often only come across a handful of people. 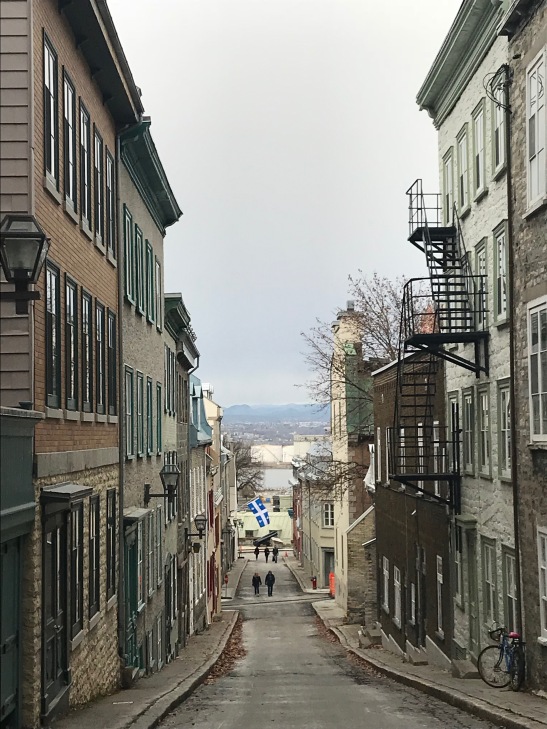 I remember coming to Quebec City as a kid with my mom and struggling through throngs of people up these stairs.

So it was very nice to be able to take our time and just take in the sights.

After a short rest back in our room, we struck out for our fancy dinner. Once again, the streets were practically abandoned on our walk over, it was very peaceful. 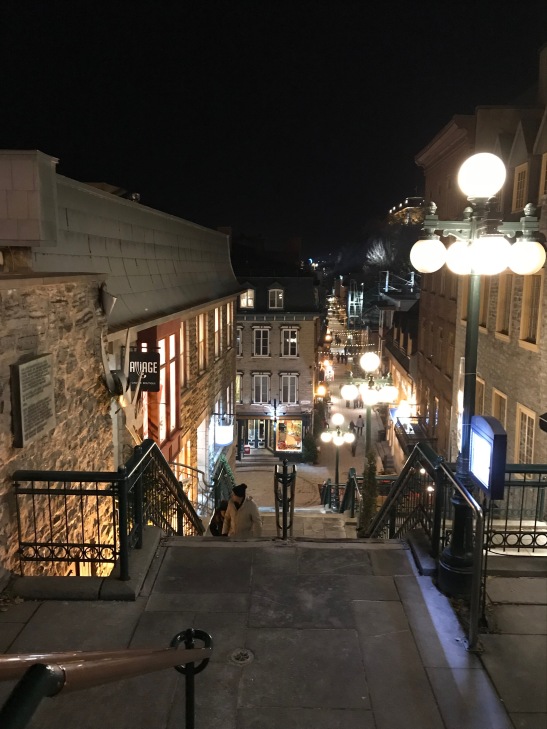 On recommendation from a friend, we decided to go for dinner at a place called l’Echaude. The restaurant was perfect. Great food and not too expensive. Kirby definitely chose the winning dish and had fish while I enjoyed a nice steak. It was so good, we were both stuffed leaving there.

Monday morning we got up early and hit the road in order to make it home in time to get ourselves ready for the work week ahead. We came home to a very needy kitty.

But he’s so handsome we forgive him for all of his midnight meowing. 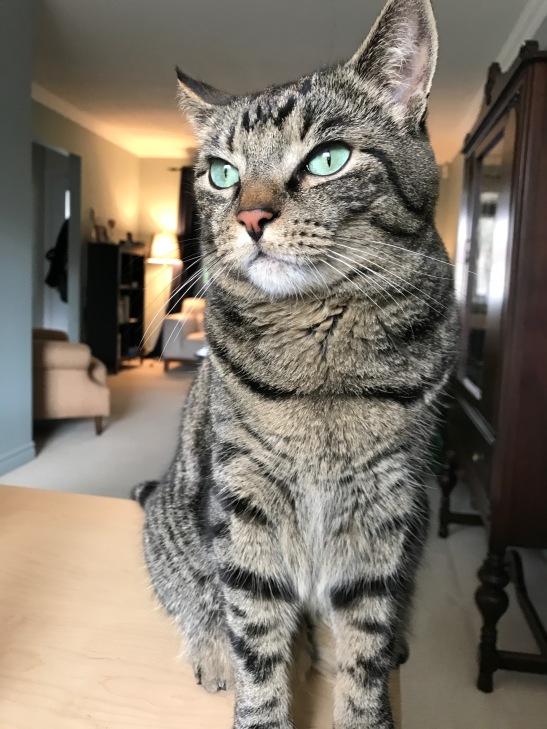