From summer vacation to Christmas holidays – where has the time gone!? Hopefully our lives will be a bit more blog-worthy in 2015.

On December 13, Sylvie and I once again undertook our ambitious Christmas crafting and baking projects. We started the day off with one of our former successes: Cinnamon Honey Butter.

We used the same recipe as last year, although Sylvie decided to add an extra half teaspoon of cinnamon and reduced the honey from one cup to 3/4 of a cup. We both agreed that her batch was an improvement over the original and I think we’ll stick to it from now on.

After we finished making the Cinnamon Butter we started on our candy canes. This year we decided to make caramel flavoured and coloured canes. Once again, we used the same recipe as last year with caramel flavour and colour substitutes. We had a hard time getting the candy to 280 degrees and we weren’t sure if it was the candy thermometer giving us a trouble, or if we didn’t have the heat high enough, but I think next year we might get a digital thermometer.

We found it challenging to get the candy blobs the right consistency simultaneously, even though this year we only did two colours instead of three.

Thankfully, Sylvie was patient and kept me from panicking (making candy is so stressful!) and we were able to juggle the two blobs of candy until we could get them cool enough to handle and turn in to one larger blob.

As you can tell, Sylvie did most of the work while I took pictures.

Sylvie had the pull and twist technique perfected and then I would take them and try to shape them in to canes and leave them to dry.

The colour was gorgeous and we made a pretty decent sized batch. 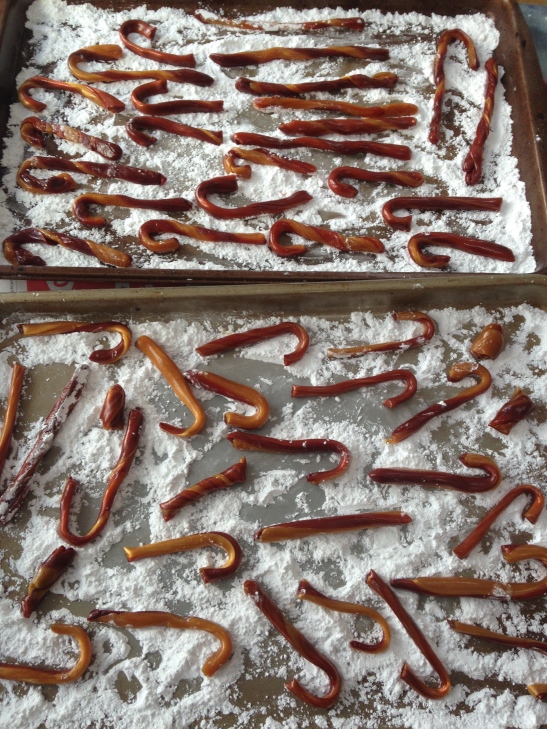 After the canes were set to dry, we got started on the homemade gumdrops (recipe found here). We made a batch of red and green and left them to solidify. 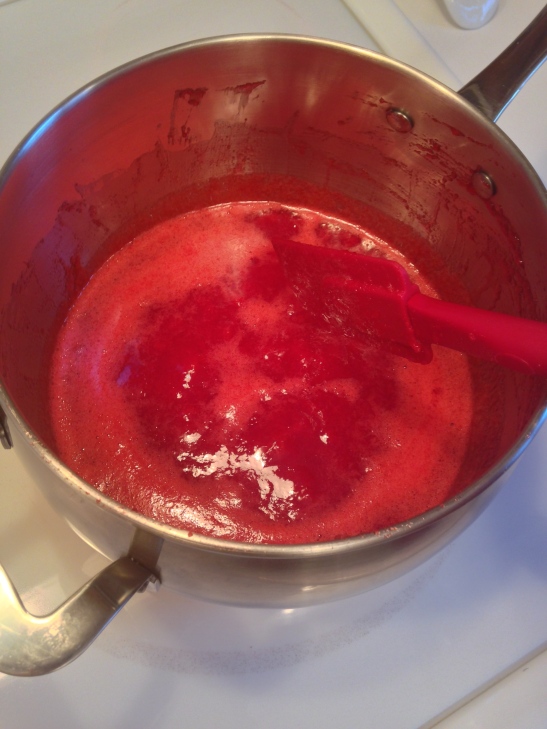 Once the gelatine had set we used little cookie cutters to cut the shapes out (you can see how impressed I am with this step in the picture below). 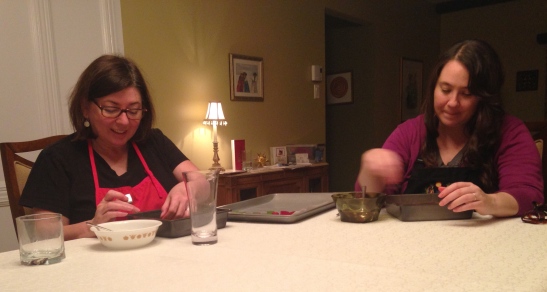 It was tedious work as the gelatine was very sticky so we used little bowls of warm water to keep the gumdrops from sticking to the cutters and our fingers.

Then we let the candies dry over night and in the morning Sylvie shook a few candies at a time in a bag full of sugar. 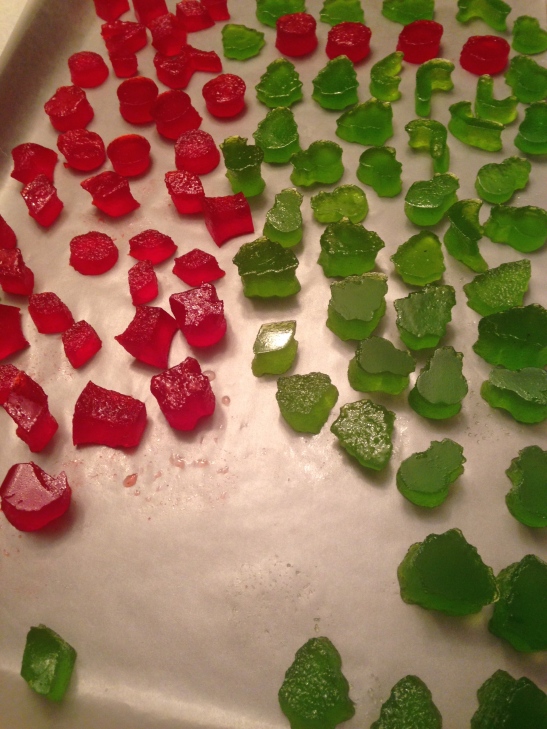 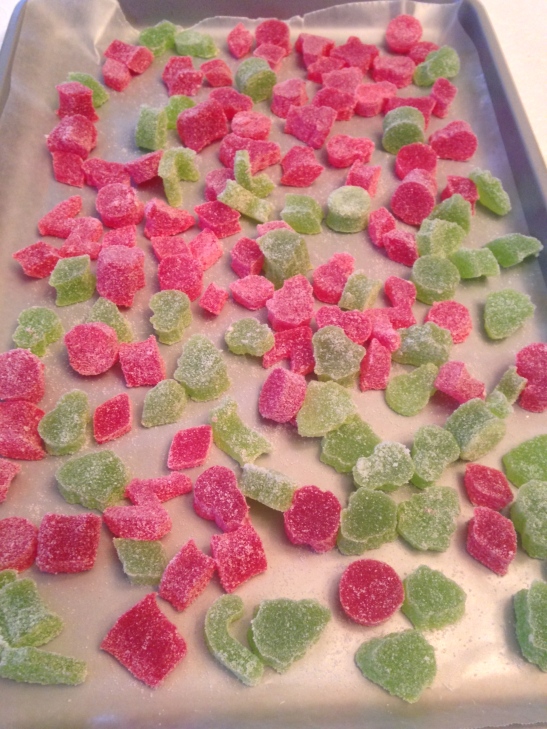 We found them pretty soft that morning, but as they sat out they developed a tougher texture that is more reminiscent to store bought candies. So I’d say these are best after about a week. And they were actually quite good!

While we were letting the gumdrops set we decided to make a candy recipe that Sylvie used to eat as a kid called sucre d’orge (barley sugar). It was a very simple recipe (original found here):

Boil to 300 degrees without stirring then add colour and pour in to moulds to harden.

These were by far my favourite candy we made. The flavour was fantastic and the recipe was very simple. These will certainly stay in our rotation.

Once piece of advice though, don’t spray cooking spray (i.e. Pam) in your candy moulds. Not only is it unnecessary, it will give your candies a slight Pam-y flavour…

Our last activity of the day was to make Christmas tree ornaments out of felt (original inspiration found here). By this point in the day I was happy to have an excuse to sit and “relax.”

The beading was a lot more time consuming than I first thought it was going to be, but it was enjoyable and they turned out beautifully! 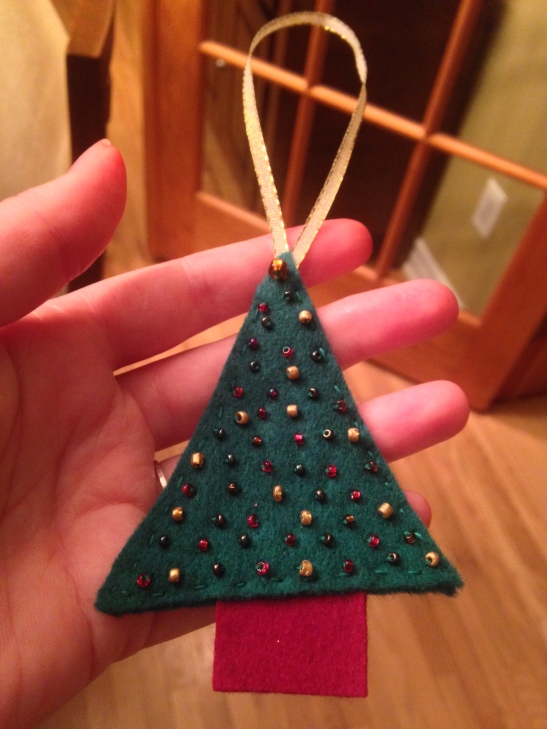 And now we’re back to collecting ideas for next year!